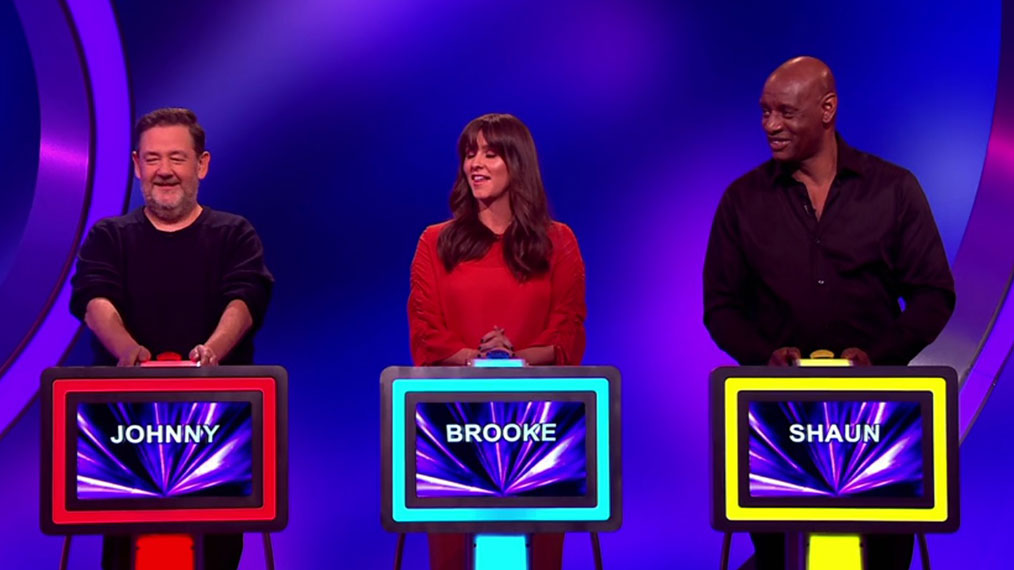 Catch Phrase is a British game show presented by Stephen Mulhern, Four contestants, start the show and would have to identify the familiar phrase represented by a piece of animation accompanied by background music. The show's mascot, a golden robot called \"Mr. Chips\", appears in many of the animations. In the revived version of the show, the same format remains, but there are three contestants and there is no particular attention paid to gender.<br><br> There are usually 15 numbered squares in the form of a pyramid (with 15 at the top) with each row, starting at the bottom, being worth a higher amount of money (£2,500/£5,000/£10,000/£25,000/£50,000). Number 11 in the middle was starred and correctly answering it awarded a bonus prize, which is usually a luxury holiday. In the celebrity specials, correctly answering this Catch Phrase doubles the amount of money won by the other two celebrities for their chosen charities.